How Much is a Home Health Agency Worth? 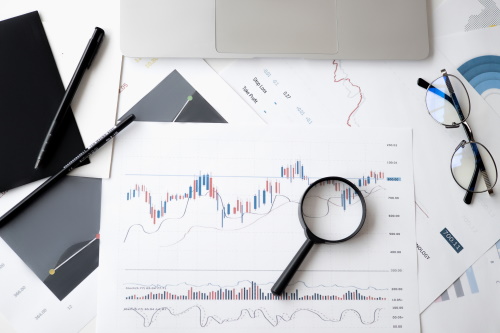 If we know anything, it's that there is a strong trend towards home based care.  The pandemic clearly showed that the home is usually where people heal better and, in actuality, cheaper.  CMS is aware of it and there are several cases showing that bypassing Skilled Nursing Facilities (SNF) is a viable trend.  Many want to be in the home, and the pandemic has shown that many don't want to be alone.  Data is showing that hospitals are bypassing SNFs in favor of home health.  That trend is normalizing, but still favors home health agencies and will likely favor them for the foreseeable future.

As noted in an article in HomeCare Magazine, PDGM threatened the viability of many small agencies, and No Pay RAP in 2021 continue to do so.  However, the pandemic and subsequent stimulus and federal aid actually helped agencies in the short term.  It is yet to be seen how agencies can handle this over the medium and long term.

That being said, there is still interest and demand in the merger and acquisition landscape.  In the above article, (available here) it explains that there is plenty of demand to buy agencies.  In fact, given the monetary policy and credit availability, demand into 2021 may be even higher.

PDGM and a pandemic certainly had effects on agencies, large and small.  Several larger, publicly traded companies have announced sales or spinoffs of home health and hospice parts of the business.  Brookdale and Encompass have both announced either sale, spinoff, or merger of their home health and hospice operations.  You can read about Brookdale here and Encompass strategic alternative review here.

Among monetary policy, one thing clouding valuation is grant money and monies from Payroll Protection Program have made it so many agencies that wouldn't have been viable or solvent became solvent with grants and PPP Rounds 1 and 2.  This is likely masking a future issue which could actually make more agencies available in the long run as stimulus money runs out and agencies are forced to survive (or not).  It could have an opposite effect, that helps agencies learn to operate better and provide more time to iron out financial or operational deficiencies that would have put agencies under in a more normalized environment.  Consolidation seems to be a trend.  However, it doesn't mean financial insolvency on nonviability for agencies.

Through many of the conversations that we have had across the industry and it seems that many hospice agencies are subsidizing the home health part of the company because hospice has been more profitable for many agencies- especially with PDGM and No Pay RAPs in 2021.  Many agencies overused therapy and became reliant on therapy to compensate for incorrect OASIS and incorrect diagnosis coding.  They figured that therapy would cover the difference and never established good habits and processes prior to PDGM implementation and didn't recognize the enormous impact PDGM would have on them.  Well, PDGM came and several agencies didn't plan well and were shocked at the revenue loss that came from therapy no longer being part of the reimbursement calculation.

On the other hand, a simplified hospice payment calculation has not changed and is still based roughly on a daily rate of reimbursement- regardless of the services provided.  It is similar to the daily rate that CMS used to pay with home health prior to 2000- it was very profitable for home health agencies during that time.

I had a conversation with an administrator of one of our clients that didn't understand the full impact that PDGM would have on the agency.  Several months into PDGM, she called with many questions about finances.  After the first quarter, the home health side of the business was not doing well.  Hospice was doing very well and had masked the issues that the home health business had always had that PDGM had unmasked.

Valuation of any company will usually be based on a multiple of the Earnings Before Interest and Taxes and Amortization (EBITA).  This basically strips out the cost that a company incurs on selling a product.  How much money is made after all the expenses except taxes, interest, or amortization have been added in?  This shows the quality of the profit that an agency makes after reimbursement.  According to the HomeCare magazine referenced above, hospice agencies have been selling for $60,000 per patient on census.  That is roughly 5x of the profit taken on the average patient.  Some agencies are losing money, but still selling- which shows that credit availability and stimulus money can be affecting valuation.   Home Health Agencies are selling at roughly the same rate, but the profit per patient is lower than hospice- a direct result of PDGM.

Home Care Answers has helped many agencies increase valuation because we maximize reimbursement.  In our findings, many agencies are actually undervalued.  We help uncover the unclaimed dollars that many agencies are leaving under the table.  In our article about agency profitability (read here) and How Much do Agencies Make Per Patient here we show how we can help agencies maximize reimbursement for each patient.  The total valuation of the agency really does rely on how much money an agency makes from each patient.  Of course, there are factors to consider such as payer mix (Medicare, Medicare Advantage, Private Pay, Insurance Claims) that can impact the revenue per patient.  Payer sources pay differently, and Medicare is usually the has the highest reimbursement rate.  In our case, we calculate reimbursement as if each patient were a Medicare patient- because we can calculate what Medicare will pay.

Here is a case study of an agency we have helped maximize reimbursement.  This is a very good case study because Home Care Answers only does the Starts of Care for PDGM patients only- Medicare payer source.  But this shows the value that we can help create.  In the case below, ,the agency had a pre-audit calculated revenue of $8,234,739.50.  After we looked at the charts, did the diagnosis coding, and made suggested OASIS changes, the revenue would be $9,377,496.71.  That is a difference of $1,142,757.21!  That is saying that for every dollar invested in us, we give them $8.43 back.  A good ROI in corporate expenses and finance is 15% ROI.  This is off the charts!

Now, if we used the previously established average gross profit margin of 36.5% for the above numbers, let's see what the difference between the two numbers would be.  There are several ways to calculate this.  We'll do the simple way of just calculating the gross margin on the difference of $1,021,672.21 (that's how much money is in their pocket after our invoice cost).  That is an additional $372,910.36 of gross profit. If you look at the net profit margin average of 11.36% that number is $116,061.96.  If you take the multiplier of 5 times EBITA, that would be $580,309.82 of net profit gain.  Meaning, Home Care Answers helped increase the valuation of the company by $580,309.82, and if you look it, that's really since August.

If you look at it from a financial perspective, our view is that many agencies are undervalued.  What this means is many agencies assume that the original OASIS is correct, or using computer scrubbers, or offshore labor to audit OASIS, and we find that many of those aren't the most accurate.  Our view is that many of these tools come up with a good answer.  We want the best and most correct answer, and you can see how it helps and we can quantify our value creation.  Many agencies can't do that.

Valuations are really a compilation of a bunch of data points to try to establish how much something is worth.  Hospice valuations have been averaging around $60,000 per patient in the census.  Home Health Valuations are somewhere in the 5x EBITA.  Basically, it's multiplying how much money you make per patient after all expenses are removed.  The more patients, the more revenue.  However, without cost control and cost awareness, some agencies aren't making money at all, therefore the valuation isn't as high as the revenue.  Buyers care a lot about how much revenue a company is making.  But they care a whole lot more about the quality of the revenue and profit that the company is capturing.  An agency that has a higher profit margin (revenue less cost) but lower revenue, can be worth more than an agency with higher revenue but less profit margin.  Buyers can take multiple approaches in this, thinking that the higher revenue company can have cost reduction strategies to improve gross margin- which can be the case to a point.  Our view with Home Health Valuation is agencies should start from the maximum reimbursement possible.  Let us maximize the reimbursement, and the agencies can then minimize costs and be good stewards with the reimbursement given to you.

Home Care Answers can help validate the valuation of agencies by using our platform to establish a before and after revenue model as explained above.  Often agencies don't know that they are missing out on dollars.  We help find those dollars.  This is helpful for both buyer and seller.  The buyer can use us to see if the agency could have more financial upside than the asking price.  The seller can use us to see if they are valued accurately.  In the end, both parties win.  We want to help agencies win.  We help agencies win every day.

Mergers and acquisitions continue to happen- and seemingly at increased speed.  When determining the valuation for the company, there are myriad ways of finding that.  It really boils down to EBITA.  EBITA stands for Earnings before Interest, Taxes, and Ammortization.  EBITA tells the story of how much money the agency is actually earning.  Agencies can generate a lot of revenue, but the costs may be very high, which then shows that the company isn't very profitable.  Investors want to see the quality of the earnings an agency is making.  What is the quality of the profit they are gaining?  Home Care Answers can help with increasing Quality of Earnings two fold.  1- We can ensure that reimbursement is justifiably maximized.  We're helping agencies get the most reimbursement possible from Medicare.  2- We can tell agencies or those looking into earnings what the actual valuation could and should be.  Most agencies are leaving reimbursement on the table, but have no way to quantify that number.  Home Care Answers can quantify that number, which then shows how much the agency could and should be worth.